Artist’s Statement:
I like spoons; they are simple, round, and beautiful. This odd-shaped everyday object is an often overlooked symbol of serving, giving and caring. It is a feeding utensil, but also a tool to a intimate material interaction between two individuals. Just like my spoons, I work with my hands and paintbrush to create the same intimate interaction through the media of visual art. I love spoons, and I love people and their capacity to love and share and see the world in different ways, and communicate in even more different ways. I use my visual art practice to explore the overlooked communications between and within individuals.
Final Project:
Who am I. The things that come out of everyone’s mouths form bodies all by themselves, who am I. Creative choices in how one shares bits of experience and thought are made constantly, who am I who am I. And through these choices, they make their own consciousness available to their audience. Can humor in the everyday be art in how it appeals to the audience with bits of consciousness, who am I. These bodies are not an identity, nor are they necessarily original, but they connect bits of breath and thought between us, who am I who am I.  This work is intended to be a celebration of the joy, humor and subtleties of conversations over food. Who are you?

Alfredo Jaar Reading Response:
Alfredo Jaar had an important point on how art is communication and connection. I think this and essential function of art, and through an artist putting pieces of their own perspective and understanding outside of themselves to be combined with the perspective of the onlooker for a greater understanding. However, Jaar also talks about art at the face of the great troubles of the world and the darkness of the time we live in as a battle between good and evil. This language of dark vs. light that comes up in his speech belittles this importance of communication and connection by casting the evil forces and dark characters of the world.
Jerry Saltz Reading Response:
Something that really resonated with me is how Jerry Saltz talks about art as a way of understanding. I think this is an entirely understated quality of visual art is that its process has an element of discovery and truth, not just a creation of a beautiful object. I study both visual art and physics, and both have given me the same satisfaction in understanding the world around me. With every piece I make, I go through a process of internal and external reflection that, as a result gives me one more piece of understanding of the world. The same reflection of my inputs from the world and further understanding come out in quantum physics. Like mathematical rules guide me through a physics problem, the rules of visual beauty guide my understanding through art. Art has the ability to produce new understandings of the world; people just need to know to look at it as such.
.
Description of Midterm: “Remember that I love you.”
This project began as an exploration of the beauty of handwritten notes; they are understatedly beautiful and so precious to the person who receives them. The work evolved into a semi-wearable cloak because I loved the act of stitching things together by hand and how it mimicked the personal effort that went into each note. The cloak created isn’t entirely comfortable, and can get in the wear’s way, but it can keep you warm from the outside in. It is not built for someone who needs it practically, but rather someone who needs to take a second to see themselves from the outside in through the eyes of those that love them.
I collected handwriting excerpts from notes precious to me, and precious to people around me as content for the project. The ways in which the words are assembled in the final piece don’t make a whole lot of sense and are often humorous but each comes with its own story and its own place in somebody’s heart.
“Hey Buddy, keep the beard.”
“Bananna, don’t ever forget your the best kraken in the sea”
“A little friendo for you I’m so thankful to have met”
The material of the work followed its text naturally as scavenged materials sewn together with scavenged thread. This process of sewing the pieces to me was a meditation on the simple emotional labour of the notes. It allowed me to touch and reflect on each piece that went in.

Booklet Project: Connecting Past and Present

Walking through the streets of Siena, I find myself drawn to all the creatures that “watch” the street, be it pigeons, gargoyles, fish or other pairs of eyes living and stone. I love the watchers, and imagine they see a the city in a different light, so for my booklet project I wrote a little guide to the city centered on the creatures. The guide includes drawings of the creatures, their guidance, and the paths that they watch people wander when moving through “their” space. This book is a difficult guide to follow in a practical way, but it more serves as an invitation to see the space through a new set of eyes. 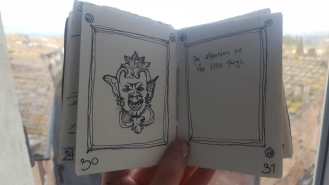 Reading Response: All Together Now

I think there is an important element of presence in many crafts that makes the experience of  appreciating them more personal and thus more difficult to globalize in comparison with other visual art. A craft is something brings expression and beauty through the care and expertise that it was created with. This shows through a more tactile exploration of the object and a personal interaction with the object and not something that is well transmitted through the internet. Visual artists that can push a strong concept through more simple and transmittable visuals succeed easily in a globalized art market and are part of the reason craft is sometimes overlooked as art.

I have always found maps intriguing and love creative maps that attempt to represent things that are non-objective non-geographical. However, these maps only seem to bring more intellectual insight rather than an intuitive understanding of the subject represented. I agree that the landscape plays an essential role in the social, emotional, and thus artistic lives of human beings. However the qualities that are so important cannot be represented in ways of mapping. Large-scale maps themselves remove a lot of the human connection with the landscape with their inhuman orthonormal perspective. Maps also often represent space that cannot all be seen at once, which is a useful feature, but again removes a human perspective that is crucial to understanding our relationship to the land. It is easy to intellectually describe a landscape, but the unique, beautiful, and ugly relationship humans have to the landscape is better described by methods that come from a human perspective such as landscape painting.

For me, the Blue of Distance deals with becoming aware of ones comfortability in the movement of time. Looking into the distance and being able to appreciate the beauty of what is far away independent of the desire to get there is metaphorically someone  who is comfortable with their place in time. Being comfortable with time and distance are particularly important for makers of things, because things will change in time as well, and some of the most beautiful works of art are in conversation with their own place in time. The beauty of the blue of distance to me comes across as a mental health message to meditate on ones place in time and make an effort to enjoy the distance and impermanence.

One thing I love about the streets of Siena is how they are treated and function as a living thing; always changing and growing while still keeping the same bones and heart. With the Tempo Zulu project I want to express the live aspect of the city with a “breath” in the sidewalk. I initially wanted the curvature of the road to be changed slightly as the stones are replaced, and have the road actually move up and down as if it were breathing, but this as an art installation would be difficult to experience as a viewer because of the timescale. I settled on  a ripple in the stones to express this breathing motion in a way that can be experienced in a shorter period of time. However, as the stone wears down from traffic the breath will shallow. 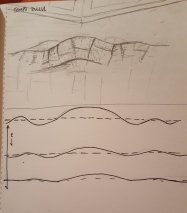 The distinction that I see in the readings that is being used as the difference between art and craft is whether or not some expressive value is seen in the work. As discussed in the extengency of margins reading, mediums that have been traditionally labeled craft are traditionally done by people that aren’t traditionally labeled “artists” only because the expression of those people was not sought after. The shift that we see in moving more “craft” mediums to be considered fine art is not a change in the general opinion of the material, but a shift in whose expression is valued and celebrated. There is a practical difference between craft and art, witch is to make an object for practical purposes, or to make an object for expressive purposes, we have just historically ignored a lot of expression that was labeled as craft. If anything, the lines between craft and art are becoming more distinct because making something by hand is no longer the most practical way do work in most cases, so doing so is some sort of expression or statement.

For my walk of destiny protect, instead of focusing on the gesture of waking I worked with the experience of walking. Since walking is rarely done on it’s own, there is a void of just being where the other activity (talking, navigating, or listening to something) typically fills. On my walk I tried to remove myself from the task of walking itself and letting my imagination interact with the scenery of my walk. I tried to capture in sketches the mingling of my imagination with the spaces that my walk took me to. 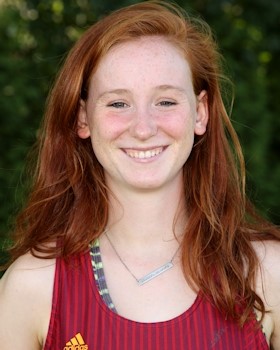 I grew up on Bainbridge Island Washington, a small island off of Seattle with good dirt, trees and views. I currently am studying Physics and Visual Art at Oberlin College where I am a third-year. I study physics and visual art simultaneously because they both allow me to see and explore the hidden and unseen. Through my art practice I hope to visualize hidden truths. Although a lot of my work is done in traditional oil and egg tempera fashion, I love found objects, and the character and texture they bring.