Images from the end-of-semester exhibition (Dec 2014)

The construction of a cluster by the repetitive use of a unit permits the analysis of concepts, such as boundary and territory. The areas which are created between the boundaries of each unit determine the internal organization of the sum.

The mutual dimensions of the units delimit the empty space. The contrast between the regularity of the orthogonal grid to the variety of the heights permits the perception of a single form without focusing on the unit. The combination of two maps, one of Thessaloniki and the other of Siena, gives us the opportunity to observe two different landscapes as a common complex.

Snapshots from the Open Studio event Nov 14 at the Siena Art Institute:

Finalized structures for collaborative installation “Today is Tomorrow: The Future of Colle” at the Archeological Museum of Colle di Val d’Elsa

Work-in-progress, collaborative installation “Today is Tomorrow: The Future of Colle”

Oct 13, 2014:  Project Statement, “Today is Tomorrow: The Future of Colle” (in collaboration with Giorgos Apostolopoulos)

This drawing refers to the process of change, but it is not a specific time of that process.  The relationship between the different elements that compose the process of a change and their recognition as a totality, is being analyzed. ( 9 X 27 cm , pen on paper )

The Art of Storytelling

The Palestinian artist Wafa Hourani is able to achieve that approach through his models. By combining architectural models with real images, of existing territories, he succeeds to create an environment which is not limited in visual consumption. The use of lights, sounds and the choice of not working with a specific scale, exclude his work from a single representation of a landscape. The boundaries of the models are being created by the visitors’ circulation between / around them. By creating fictional worlds from real locations is able to talk about the future through the present. His work derives from architectural models and concludes in a ‘spatial storytelling’.

Is it clear why we create? By creating a space we satisfy a function and at the same time we redefine it. As we have remarked “..boundaries , of a territory, exist in order to define the diversity of its context..” and “..boundaries have started to be considered as territories..” , but what are the characteristics of those boundaries / territories and how do they manage to satisfy those remarks? Which is their relationship with time, place ( site-specificness ) or even with the materials that create them?

When we create a house we satisfy the need of people to survive, by protecting them from the weather conditions of their environment. We create for them a shelter. But is it all about protection or comfort? The most important result of the shelter is that we provide for its inhabitants a personal space* , in which they are able to express themselves, interact and develop their own identities. The way that this personal space is being created (form, materials) and its characteristics ( relationship with place and time ) affect remarkably the identity of its inhabitants.

In the paradigm of Siena, it is very interesting to understand the idea of boundaries which define the diversity of the context ( inhabitants ) of a city. The way that the city is divided into contrades ( neighbourhoods ) without affecting its spatial and structural cohesion is very important. The inhabitants are able to define a new identity, in the context of the city, and create a stronger relationship with each other, and as a result with the city. At the same time the unstructured landscape near the city’s walls combined with the number of piazza’s, make the boundaries ( of contrades/ of the city wall ) disappear and create a more open environment.

The conditions that specify every story ( house / city ) are different. It is meaningless to create a theoretical system which will conclude every story in the same end. After a while people will get tired and lose their passion about stories. They will forget that those stories are addressed to each of them personally. It is important to create a new syntax, that will be easy to use, in order to let people adjust the stories in their own personality.

*I am not referring to that type of space as private, because i do not want to mention the functional aspects of a space as : private / public

By emphasising in the boundaries of the contrades in the map of Siena, I tried to create a continuous field
depending on their spatial relationship. ( 21 X 27 cm, pen on paper ) 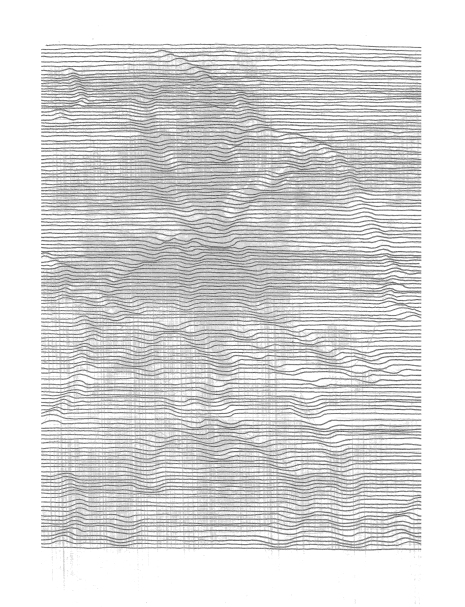 Times have changed. The increase of mobility and technological means has led us to reconsider definitions as territories or boundaries. Territories are no longer being characterized by homogeneous and boundaries have started to be considered as territories.

The speed in which contemporary emigration is taking place eliminates the border between visitor and host, replacing it with the sense of public space. A public space which can no longer been characterized by a specific group of people, but is able to redefine modes of human interaction. In common ground, we can consider the network as such a territory. The way that those territories are being defined by their boundaries affects their social impact.

The boundaries of a territory exist in order to define the diversity of its context and not to affect the equality between individuals (= context of the territory). Boundaries are created in order to be disputed, and recreated again. They are the territories where new contexts will appear, and disappear after while. It is like the circle of day. Every day we wait night to come, which will lead us to a brand new day. 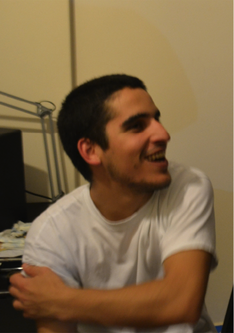 Born in the city of Athens, Greece in 1993, he came in touch with art from his early years, due to his background.  At present, he studies in the School of Architecture of Aristotle University of Thessaloniki.

The participation of Greek students in the Siena Art Institute‘s Fall 2014 semester is made possible thanks to the generous support of the Stavros Niarchos Foundation.