I have placed faces around the exhibition. These faces depict the people I have worked with and had most of my experiences here. Most of our experiences in life are created in combination of people and places. At that moment we have people as something definite and don’t acknowledge them as much until that moment ends. 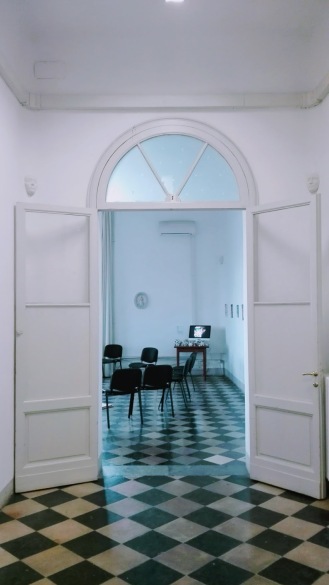 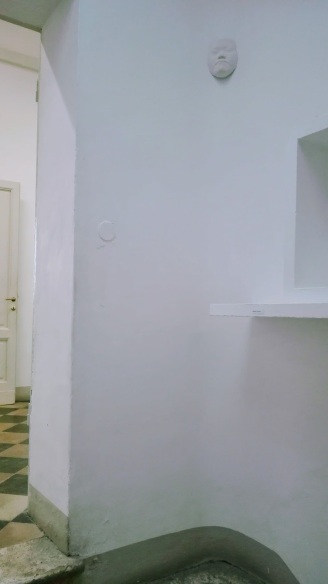 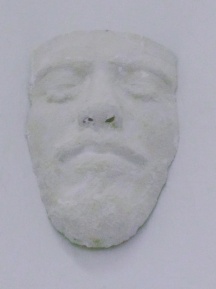 For this project I was thinking of a room where people would walk in blindfolded and I would guide them through obstacles. The purpose is to make them feel the object in the room with their own senses but without really touching them. I want people to experience something that is alienated to most of us which is the lack of sight or pure darkness. Through that every other sense will be stimulated to it’s fullest when usually they are not. The whole process will be recorded by someone and in the end the people that took place will be asked questions regarding their experience. In reality the room will be empty and the obstacles imaginary creating an illusion to the person’s senses.

For my Tempo Zulu I decided to make a stone. I was inspired while I was taking a walk through the city’s cemetery. The moment I arrived everything went quiet, the only thing you could hear was the wind. A lot of thoughts went through my mind and one that stayed with me was the cycle of life. So with every beginning there is an end and with every end a new beginning. The two symbols on the stone are the letters I and N written in the old latin alphabet. They are the initials of the phrase INITIUM NOVUM which means “a new beginning” for latin. I chose latin because can express yourself more simply and because I felt a connection with it and the place around me. The place I imagined the stone was under the gate of the cemetery or under the nearest city gate which is gate Laterina.

The gate image is of the cemetery gate.

Intro Unit: Points of Entry Project:
This is a sketch of gate Laterina. It’s an imaginary scene where a girl is watching from afar, hearing music and laughter as she stands still, but cannot stop the thought of feeling lonely and nostalgic for a place that she’s from but cannot enter.

=================
Dimitris Giannopoulos, Greece
Bio statement:
I am from Greece, Larisa born and raised. Growing up I noticed that my hands were always preoccupied with something. At some point I became aware of Larisa’s Katsigras museum that conducted ceramic classes. Getting hooked on that I kept doing it for 4 years having as a teacher M. Gkountouva. Slowly my interests tended towards sculpting and after a lot of thought I decided to go to art school specifically in Ioannina where I still study. There, a whole new world unraveled that I had no clue of. I studied under the professors K. Dikefalos and H. Skalkotos for 2 years teaching me the basics of sculpting and introducing me to free forms. I also studied under K. Mpasanos for 1 year who taught me about modern art and how it works which I had no understanding. Now, I’m studying anatomy and thinking of doing some work that has a biomechanical feel to it.