Come to me everyone! Gather round! I am giving you an opportunity today, to become each one of you, a tiny god. Creators and explorers of the unknown, manifesting life from thin air. I am a simple person and the task i give you is simple as well. Let us celebrate reality by diving into fantasy. Let us, like the first humans, draw on walls using earth under the gaze of the cosmos. Let us become primitive for a day and let the joy of creation fill you. 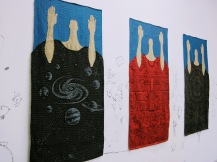 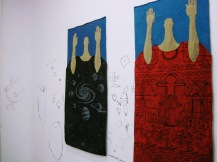 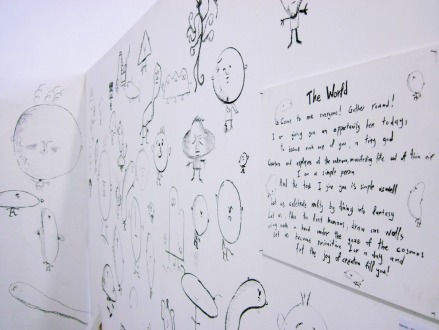 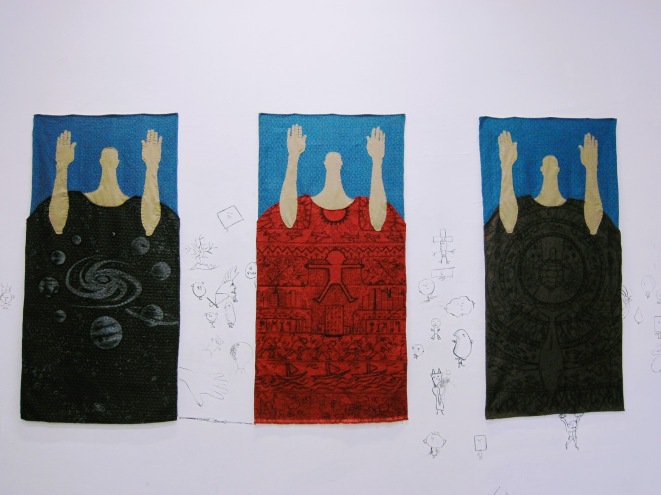 I am a storyteller. Every piece and scribble i make is a world of its own, a tale in the making, a frame of a story with a beginning and ending, of characters that come to life and interact with their surroundings, who are all unique, with their own personalities and ambitions. I’m creating whole universes with their own rules and history, and their own particular beauty. I’m trying, piece by piece, sketch by sketch, to pull these worlds of fantasy out of my mind and into the real world, so that you can see the insides of my wild imagination which i,ll try to make into something really memorable. In time, as my work is unfolding, I hope you can follow me in my journey and live it with me, and i hope we can have fun doing it, for creation is joy and experiencing it is sublime.

People may ask you what art actually is, and at that moment you have to come up with an answer. Well I’m too young of an artist to know for sure, but I can tell you what I feel it is. I believe that art is the procedure of sitting down, thinking, and then creating. The result could be a contemporary masterpiece, or just scribbles, a sketch, a phrase, a poem, a sound, a photo. It doesn’t matter. I consider all creation as pieces of art, but the one that can actually call it art is it’s creator, it’s his/her choice what words to use to describe what he/she made. I for example never call my work “art.” But that’s just a linguistic choice I guess. What we must not forget though, is even if something is art it doesn’t mean it’s not bad art. But in order to come to a conclusion about quality one must first observe carefully, something that people who ask what art is, don’t always do.

This pilgrim is not a religious one, set on a journey to pray in a far off land. This pilgrim is a vessel; one that I use to host my storytelling. The images on the clothing are narrating humanity’s unfolding, in a way that resembles ancient depictions of reality. Even though this aesthetic of ancient narrative is clear, the actual theme of the piece is the contemporary world. This is the first in a series of three tapestries and part of a bigger project I intend to realize in the near future. 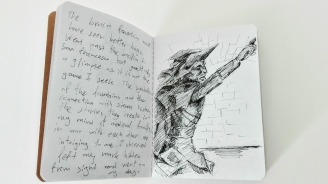 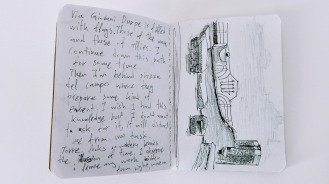 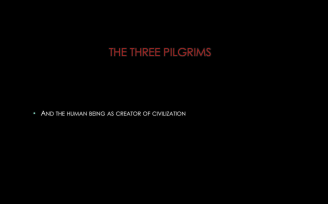 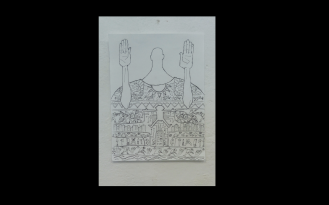 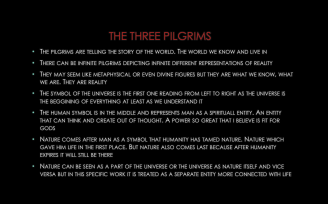 The homunculi started as an attempt to create artificial human life, then it continued by filling the gaps between pages now it’s multiplying even more. Maybe you are walking in Siena and come across one of them, you could think that it’s just a graffiti or a carving on the wall some kid did. Then the sight of them becomes repetitive and before you know it the world is marked with this strange being. I want it to take that proportion; that gravity, and then it will become transparent that they were the building blocks of our reality all along. 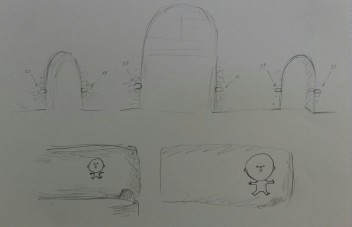 Imagine thousands of gigantic, tiny, little people outside of the San Marco gate trying to invade Siena. Or are they?
The Homunculi may seem threatening at first glance but they are just curious. They are a kind of prototype of the human being created artificially using pen and paper with the purpose to evolve into something else. What each and every one of them will do or even be, we’ll have to wait and see. 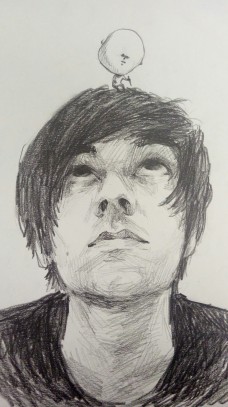 I graduated from Art High School of Gerakas in 2013. I studied drawing for two years in Nikolaos Christoforakis’ art studio. In 2014 I entered Athens School of Fine Arts and this year (2016-2017) I completed my third year of studies in studio-class A’ of professor Angelos Antonopoulos. During the last semester I participated in an exhibition that took place in Michalis Kakogiannis Foundation, titled “Dierchomenoi ” (Διερχόμενοι). I also volunteered in a project organized by Mr Antonopoulos, in which we painted the interior of the 1st High school of  Kifissia.